Rest Of The World 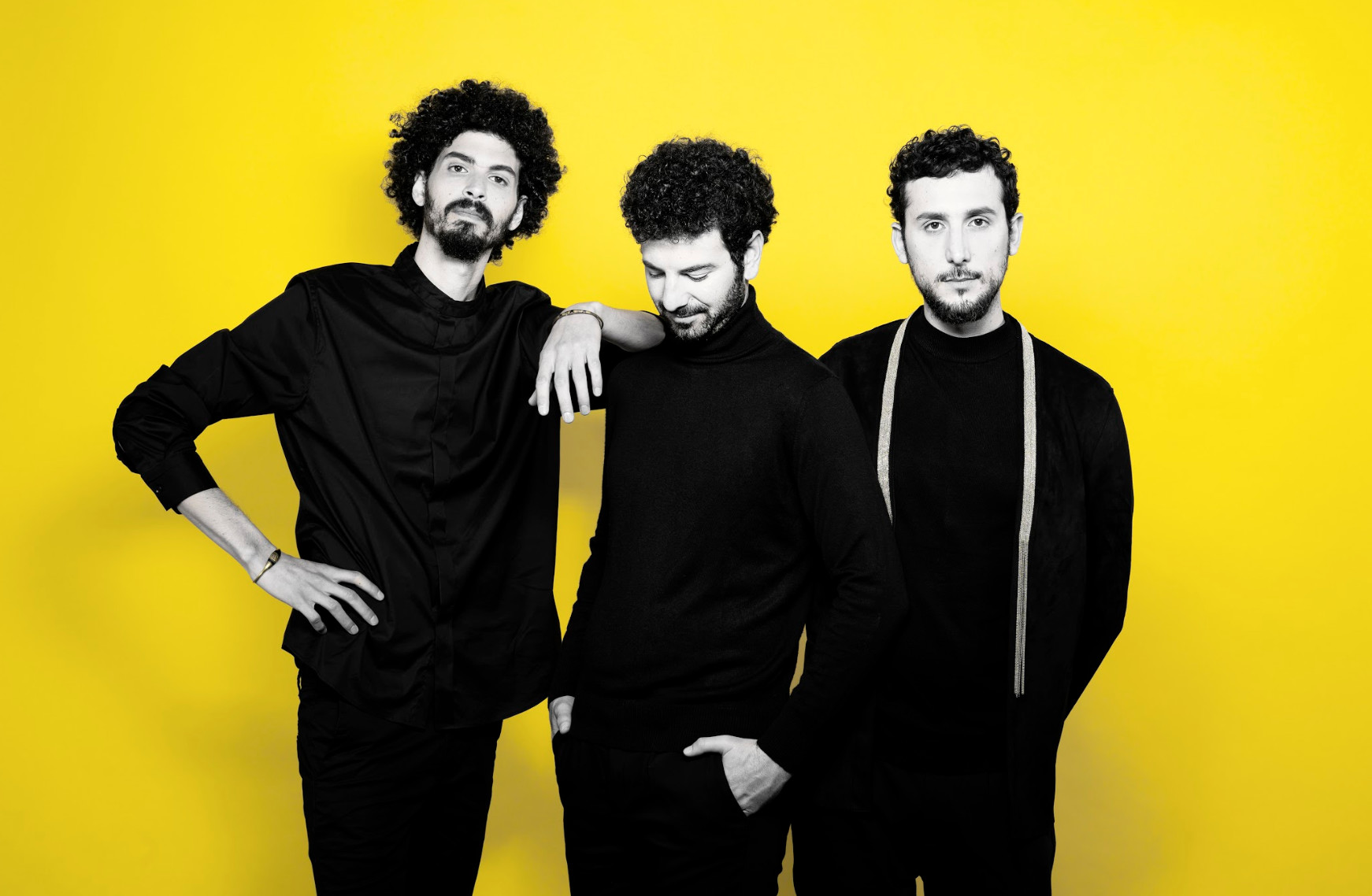 SHALOSH is an instrumental piano trio, that belongs to the current generation of cross genre jazz groups able to reach a wide spectrum of audiences, in the Jazz world as well as in other genres.
Their music is raw, acoustic and progressive, crossing stylistic boundaries and defying definition.
In its four years of activity, SHALOSH has performed an astonishing 350 international shows on some of the world’s most prestigious stages.

Despite its classic jazz trio format (piano, bass and drums) and the band members’ deep roots in jazz and improvised music, SHALOSH’s music weaves its own path and creates a unique and fascinating synthesis out of such varied genres as rock, classical, electronic, African, and Middle Eastern music.

The story behind the band begins in Jerusalem, where childhood friends Matan Assayag (drums) and Gadi Stern (piano) formed the mythological Jerusalem band ‘Enoma Elish’.  After the band broke up, Assayag and Stern continued their musical partnership, between Israel and New York, where Gadi lived at the time, breathing in and drawing inspiration from the local jazz scene.
In early 2014 they decided to form SHALOSH and soon enlisted bass player David Michaeli, one of today’s most promising musicians in Israel.
Since their debut album, The Bell Garden, came out, in March 2014, SHALOSH has made a deep mark on the international scene.

The album received great attention and praise from the press in Israel and abroad, and was acclaimed as one of the most promising debut albums of the year. It is frequently played on Internet networks, and on the radio in Israel, Brazil, England, Poland, Germany, Austria, and the United States, and copies are sold in Japan, Europe, and the USA.

The band promoted The Bell Garden, touring England, Germany, France, the Czech Republic, Poland, Belgium, Austria, Switzerland, Italy, Latvia, Albania, Holland, Romania, and Turkey.
In January 2017, SHALOSH released its second album, Rules of Oppression, through the French label Jazz Family and the new German label Contemplate Records.
Praised by the critics of some of the leading jazz magazines in Europe as one of the best albums of the year. It was defined as a masterpiece by Unmagi Takoya, one of the prominent radio broadcasters in Japan.

The album was released all over the world, and the band went on an extensive tour, performing on some of the central stages of Japan, Korea and throughout Europe, including shows at the Ronnie Scotts, Duc Des Lombards, Moods, Unterfahrt, Palatia Jazz festival, Enjoy Jazz festival, La Cote D’opal, Jarasum Jazz Festival, Salzburg Jazz Festival, XJazz festival,  Jazz n Klezmer, Alfa Jazz festival as well as many other venues and festivals. The band has started playing in rock festivals as well as jazz festivals, reaching new and young audiences who were not necessarily accustomed to Jazz.

in February 2018 SHALOSH recorded a live performance album, through the German studio and label Bauer Studios,  This album was SHALOSH’s first live recording and was recorded direct to 2 track and released as a vinyl.

In November 2018 SHALOSH recorded their third studio album, in Nilento Studio, Sweden. This album promises to be a big step forward for the band and features 10 new compositions which were polished and worked on in the band’s extensive touring process.

SHALOSH has set itself the goal of creating music that is both accessible and sophisticated, performing with great alacrity the balancing act of challenging themselves as musicians and artists, while leaving the door open for as wide an audience as possible., Striving to break the distance screen that intellectual music may create.

The band strikes an unusual note in the contemporary jazz scene by being led by the ensemble’s three members rather than by a single leader, allowing their music to enjoy the benefits of a shared artistic development devoid of ego. Their music comes from an emotional and raw place, the band’s reaction to today’s cold urban jungle.

Hope you enjoy what you hear
Gadi Matan and David
SHALOSH